Y’all Come to Covington for the Tipton Family Association of America 2017 Meeting on October 7th.

Covington is the county seat of Tipton County in West Tennessee.

The meeting will begin at 8:30am in the Tipton County Public Library located in Building C on the campus of Dyersburg Community College, 3149 Highway 51 South. A detailed schedule of the meeting’s agenda will be published in September.

On Friday night October 6th @ 6pm; Tiptons, Tipton descendants and everyone interested in Tipton Family history are invited to gather for dinner at the Wyatt Earp Steakhouse on the east side of the Covington Town Square. The street address is 124 TN-54; for more information about the restaurant and its menu contact Wyatt Earp’s at (901) 617-2156. The cost of dinner will be paid by the individual diners.

Traveling to Covington is easy and convenient by automobile.

Traveling to Covington is easy and convenient by airplane as Memphis is served by a major international airport. The drive from Memphis International Airport to Covington takes about one and a half hours.

More travel and destination information can be obtained by contacting the Covington-Tipton County Chamber of Commerce at (901) 476-9727.

In the 1830’s, Cotton was becoming King in the United States!

Tipton County was at the center of King Cotton’s Assent to The Throne.

Randolph, Tennessee was the river port on the Mississippi from which those thousands of bales of cotton were shipped. In the mid-1830’s, Randolph embarked 40,000 cotton bales each year.

Much of it the product of Tipton County.

Pictured below is a field of Tipton County cotton. 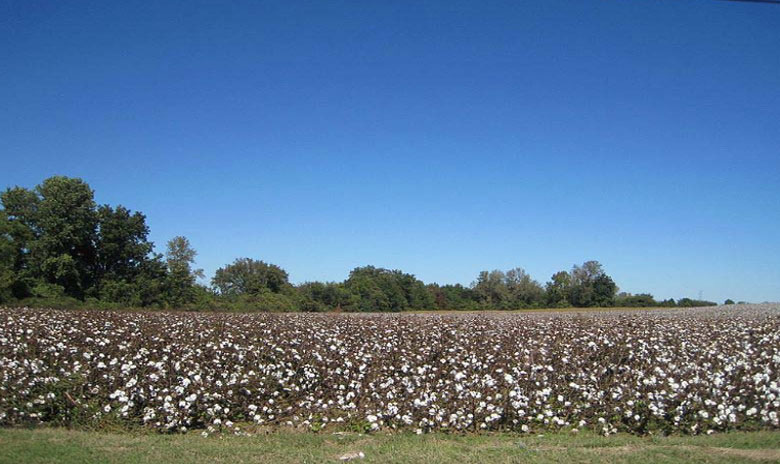 Randolph was located on the Mississippi south of the mouth of the Hatchie River. In 1823, a Post Office was established. In 1829, Randolph boasted three commission warehouses, six dry goods stores, one tavern and ten doctors. In 1834, the town had four hotels and a population of 1,000. Also that year, the Randolph Recorder newspaper began publication; it was the first newspaper in the county. Randolph is fifteen miles west of Covington.

Until 1840, Randolph shipped more bales of cotton than today’s major city of Memphis. 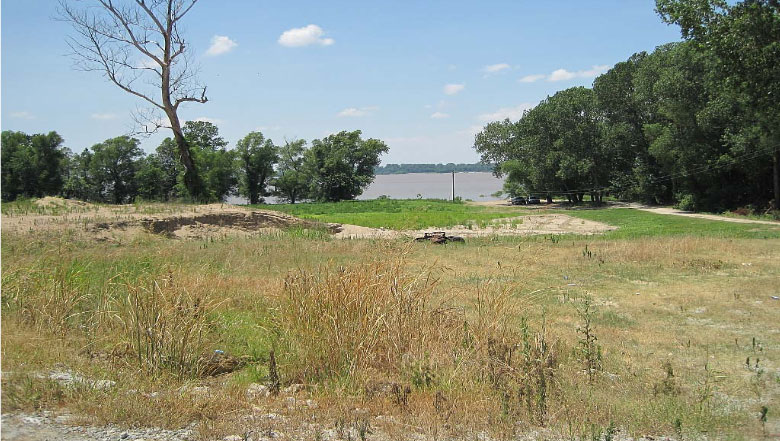 So, what happened to Randolph; Tipton County’s port on the Mississippi River?

Failure to become the Tipton County seat was an early blow to Randolph’s position and over time, political considerations helped the postal routes to Memphis become more important than the one to Randolph. A proposed canal linking the Tennessee River to the Hatchie was never funded so it went unconstructed. A cloud existed over the land titles in Randolph and ownership was in dispute. Keen commercial competition from Memphis and its better political connections began to put the hand-writing on the wall. Also over time, the surge of the river had caused damage to Randolph’s shoreline until by 1838 loading steamboats had become difficult. By the Civil War, Randolph was not important commercially but Federal troops burned it to the ground as a message to Confederate guerillas operating in the area. In the end, with the buildings and port facilities destroyed, not even a ghost town is left where Tennessee’s most important port town once existed. Only the ghosts from the past are left.

One TFAA member writes she was pleased and excited when she read past newsletters in the Newsletters Section of the Tipton Family Association of America website: www.tiptonfamilyassociationofamerica.com

She reported her fascination with all the Tipton family lore and stories of Tiptons and Tipton descendants in United States history. Some stories are from the ancestral family regions of Tipton, England.

Bruce Beyer, 68, was a senior citizen when he discovered he was a Tipton by birth! 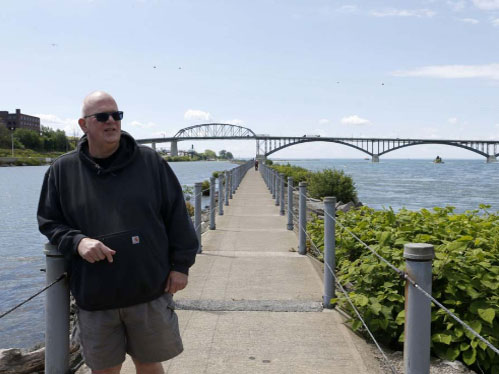 Pictured above is Bruce Beyer. The picture and the story following were taken from an article in the Sports Section of USA Today in the June 15th, 2017 issue.

Beyer spent most of his life with wonderful memories growing up as an adopted member in the family of Bob and Betty Beyer of Buffalo, New York. To this day he reveres his adoptive parents and appreciates the life they gave him. His adult life included anti-war activism againstthe Vietnam War and a productive career as a carpenter. He married and has a daughter, Elizabeth, with his wife Mary. They have a granddaughter Emslie.

Prompted by a doctor’s question about his family’s medical history, for the first time in his life he delved into the lives and identities of his birth parents. Seeking information, he sent a DNA test kit to Ancestry.com and received a list of relatives identified through his DNA.

As a result, he established contact with a half-sister, Kathryn Tipton Burkes of Watkinsville, Georgia and cousin Elizabeth Coble of Washington, DC. Subsequently, he became acquainted with Elizabeth’s sister Deborah Coble.

Joe Tipton was a catcher with the Wilkes-Barre, Pennsylvania Barons in 1947 and in 1948 played in the World Series with the Cleveland Indians.

A biography of Joe Tipton is in the Tipton Family Association of America’s Newsletter # 16 published in the Spring of 2014.

The Tipton Family Association of America welcomes Bruce into the family of Tiptons and Tipton descendants. Better later than never!

Anne Tipton Made an Important Contribution!

Pictured above is TFAA member Anne Tipton who developed a new way of teaching phonetics and donated her years of work to the public.

The picture above and associated comments are taken from an article in the Region Section of the Bristol Herald Courier of Bristol, Tennessee/Virginia published on June 19th, 2017.

To many of We Tipton and Our Kin, Anne’s is a familiar face as she regularly attends Tipton Family Association of America meetings and events. From our association with Anne, we know she has worked tirelessly for years developing her Phonics Teaching Program. Anne titled her phonetics program Cowboy E-Zs Perfect Phonics.

Along with development of this program, Anne’s full life includes attending ETSU where she majored in voice, being a wife, teaching school, operatic singing and acting in community theater. In recent years, she has devoted her time to collecting and displaying her memories since the time she was born in Tipton Hill, North Carolina.

A display in the community case at the Bristol Birthplace of Country Music commemorates her life and talents.

We Tipton and Our Kin honor Anne Tipton for her life of achievement.

Tiptonville in northwest Tennessee is the county seat of Lake County.

In 1857, William L. Tipton built a store and his house on the site that would become the settlement of Tiptonville.

William was the grandson of Joseph Tipton (1738-1825/30) who left the Shenandoah Valley of Virginia in the mid-1770’s with his father Jonathan and brother Major Jonathan. They settled in the Watauga River settlements of what was then North Carolina and later East Tennessee. Grandfather Joseph was a brother of Colonel John Tipton (1730-1813), fought at Kings Mountain and was active in the Watauga area’s government. Over time the family moved west. William was born in 1813 in either Warren or Franklin County. In 1830, William’s father Joseph was on the Tipton County census. Little is known of William after he settled on what became known as the Tiptonville Dome. During the Civil War, the Federals burned the settlement.

Tiptonville was incorporated in 1900. It is located one mile east of the Mississippi River and one mile west of Reelfoot Lake. Legendary singer Carl Perkins spent his boyhood in Tiptonville.

Today, it is noteworthy as it had 2,439 residents in the 2000 census and grew to 4.464 by 2010. Reelfoot Lake is a popular boating and fishing lake that was formed by water washed eastward from the Mississippi River during the New Madrid earthquakes of 1811/1812. Legend says the lake was named for a Chickasaw Indian chief named Reelfoot.

The lakes unique, picturesque landscape made it a popular setting for movie production. The area was the location used in filming 1957’s Raintree County, In the Heat of the Night in 1967 and US Marshalls.

Many thanks to Fran Hearn, Tiptonville City Clerk for her help with information about the city.