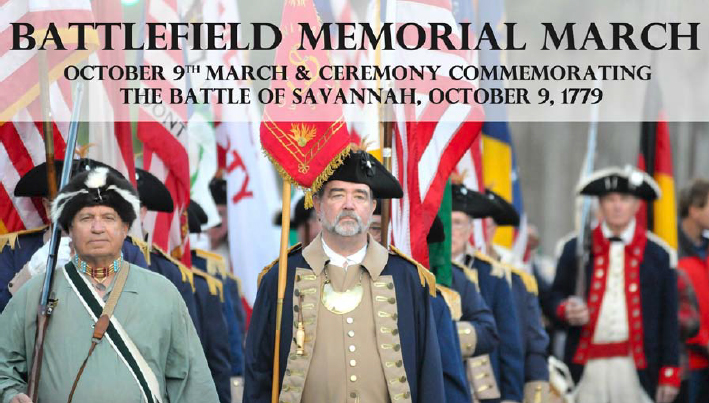 Twenty-Five Tiptons and Tipton descendants attended the ceremony. William’s honor was sponsored and funded by contributions from The Tipton Family Association of America. The Association was represented at the ceremony by numerous descendants of William and TFAA President John Parrish along with other TFAA members.

On Friday night, thirty Tiptons and Tipton descendants gathered for dinner to socialize with old friends, make new friends and meet more We Tipton and Our Kin. A grand time was had by all!

On Saturday, The Tipton Family Association of America held its 2015 meeting at Savannah’s Quality Inn Midtown beginning with registration at 8:30am.

The meeting was attended by forty-five people from Virginia, Washington, California, Alabama, Florida, Pennsylvania, Tennessee, Georgia and the District of Columbia. For the first time in my memory, a state in addition to Tennessee had a large attendance. Tiptons and Tipton descendants from Georgia were very well represented.

The meeting opened with a moment of silence to honor William “Fightin’ Billy” Tipton and all the Tiptons and Tipton descendants who were/are veterans and fought to establish and defend our freedoms!

Tipton, England/Black Country flag presented to the TFAA by the Friends of the Tipton Library

This picture was taken at the conclusion of the meeting; many participants had left. In the background is the Tipton, England/Black Country flag presented to the TFAA by the Friends of the Tipton Library.

President Parrish unfurled a flag given the Association by the Friends of the Tipton, England Library as a token of friendship and recognition of our familial connections with Tipton. The flag is the official flag of the Black Country where Tipton is located and has the Borough of Tipton Seal in the midst of the central link in the flag.

TFAA members expressed their appreciation for the flag and our ‘bonds’ with Tipton, England.
There followed information and updates on the Association’s organization and activities. The Treasury Report was presented and accepted. John is at the end of his second year in a four year term as President.

First discussed was the “Mission Statement” of the TFAA which is presented on our website:
The purpose of the TFAA is to provide an organization whereby Tiptons and Tipton descendants can be connected to the family as a whole and each member individually through presenting our collective history and personal queries regarding individual genealogical quests.

The Association has been guided by the mission statement and devoted little time to organizational matters, committees or fund raising. Funding necessary to accomplish our purpose is required and raising money to meet our goals has been done.

That said, President Parrish did ask that people make their membership donations. Our largest expense year in and year out is the production and distribution of the newsletters.
President Parrish discussed the goals the TFAA has set over recent years which are:

Proudly, The Tipton Family Association of America finds it has now accomplished two of these major goals: The Website Launch and the Memorial to William Tipton.

There was much discussion of the goal to digitize WTOK and it is obvious this goal is near and dear to the membership. The TFAA gets at least weekly inquiries as to where this book might be purchased and it is a key for most in their genealogical quests. The book was published by subscription and in very limited numbers. This book for sale is unheard of today.

The membership’s intention with this project is to make the book and its vast genealogical information widely available. This goal shall be pursued and the membership updated periodically on our progress.

President Parrish suggested the TFAA look at holding informal meetings of a social nature in the places where there is a large group of Tiptons and Tipton descendants.

TFAA membership has grown over the last six years exponentially but we also know there are many WTOK who are not familiar with the TFAA or have never attended a meeting. Discussion was held on this subject and it was decided to hold some informal gatherings in the Washington/Carter County area and the Knox and Blount County areas of Tennessee.
The membership accepted President Parrish’s proposal that the 2016 TFAA meeting be held at The Tipton-Haynes Historic Site in Johnson City, Tennessee on October 8th. Tipton-Haynes is one of the two historic places in Tennessee first designated a state historic site. It was the home of Colonel John Tipton which he built on the north side of Buffalo Mountain about 1784. At the time, the only town in proximity was Jonesborough in what was still North Carolina.

For the past two years, John Parrish has spent three-plus summer months in England and devoted much time to researching our Tipton Family heritage.

The 2014 research definitively established our family roots in Tipton, The West Midlands of England and in particular to a settlement of Angles in Tipton led by a chieftain or headman named Tibba. An old English word for town is ‘tun’ and over time this area became referred to as Tibbatun which evolved in modern English to Tipton.

Archaeological evidence supports the Angle settlement and English historians support the facts.
Now, curiously, at the time of John’s visit to Tipton in 2014, we learned that today there are no Tiptons in Tipton. While there are some in the area, there are none in the Borough of Tipton.

Surprising to We Tipton and darn curious.

Therefore, in 2015, the quest was on to find the Tiptons and the leads took John to Shrewsbury, the county seat of Shropshire County, England which joins Staffordshire to the west. Tipton is located in Staffordshire County.

In the Shropshire Archives, John found a Family Lineage Chart recorded in the early 19th century by an Archivist which begins with William Tipton of Tibbington, vulgo Tipton County, Staffordshire and in the third generation descends to William Tipton, Genl who married a woman from Pontesbury in Shropshire in 1482. 1482 is the first date recorded so being the third generation approximates the first entry above as about 1400. From this point on in this family chart, the Tiptons recorded are in Shropshire and later in Bristol, London and other locales.

The Archivist initially refers to the family “This very ancient family are generally believed to have taken their name from the manor of Tibbington”. It is important to recognize that an Archivist recording data at this time in county archives was a notable person and in no way similar to practices today where individuals place data in Ancestry.com or on the internet. The Archivist records that portions of his research are from the Heralds College which is a sacrosanct source for notable lineage of the time periods presented in this Tipton Family Lineage Chart.

Four coats of arms are shown in the Chart none of which resemble the Tipton Family Crest familiar to us today and illustrated on this page. Numerous Tiptons are referred to as gentleman which is significant in England in these times and one Tipton was the “servant”, meaning steward, of the Duke of Buckingham in Minsterly.

The 15 page Lineage Chart was available at the TFAA meeting and numerous copies were purchased by the participants. If you would like a to purchase this Tipton Family Lineage Chart, please send $ 15.00 to the TFAA, Post Office Box 1128, Milligan College, Tennessee, 37682.

John spent considerable time while in England during 2014 and 2015 researching Anthony Tipton aka Sir Anthony de Tipton from Yorkshire and said to have been born in the 1260’s.

Research was conducted in Archival Libraries, University Libraries, the Yorkshire Archives, and in Wetherby, the purported place of Anthony’s burial. John was unable to find anything to substantiate Anthony, Sir Anthony or the legend that Sir Anthony slew Prince Llewellyn during King Edward I’s Welsh Wars.

John C. Tipton of Yakima, Washington presented the program The National Society of the Sons of the American Revolution John’s program was detailed and excellent.

John is active in his area chapter of the SAR and told us about the Society’s history and how it functions. Annually, the SAR honors hundreds of Revolutionary War veterans across the United States. It is a Society dedicated to remembering the Revolutionary War’s veterans. Membership is made up of the lineal descendants of those veterans verified through an established process.

The SAR helps descendants in every way at their disposal with their lineal chart and proof of descent so they can become members.

Following John’s program on the SAR, the membership divided into break-out groups as desired. This time allows the various participants to share information relevant to questions common to each break-out group and establish ongoing contacts helpful to our quests.

The handsome Tipton Family Crest illustrated on these pages and so familiar to all of us
was adopted at the 1987 organizational meeting of The Tipton Family Association of America
as its official logo.

Robert bequeathed his extensive papers on Tipton family history and genealogy to the McClung Collection at the East Tennessee History Center located at 601 South Gay Street in Knoxville. According to Steve Cotham, McClung Collection Manager, Robert’s papers have been received by the McClung and will be available to the public in about a year after their archivists and librarians have been able to organize the collection for public use.

Possibly you are one of the 244 Jack Tiptons listed online by SPOKED or the seventy Jack Tiptons found by People Finder. 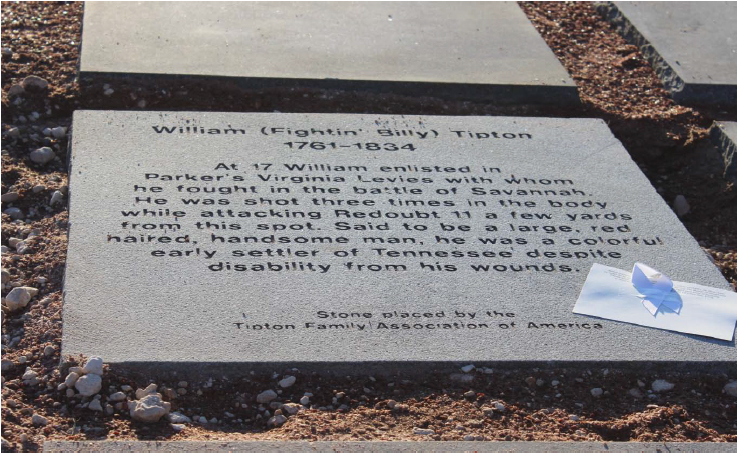 Doe Valley Printing, 1282 Riverview Drive, Elizabethton, Tennessee 37643 can embroider the Tipton Family Crest on virtually any item you choose. You can place orders by mail or contact Anita Remme at doevalley@comcast.net. or call (423) 542-4616. Set up charges have been paid in advance by the TFAA