Thanks to all who answered the request for funds to replenish the TFAA bank account. Our immediate needs were fulfilled by a very prompt response.

The 2014 Tipton Family Association of America meeting will be held in Bristol, Virginia on Saturday, October 12th.

Reminder: The TFAA schedules its meeting on the Saturday of the Columbus Day weekend so the date is dependable and easy to remember as you make your plans to attend.

Bristol, Virginia and its sister city; Bristol, Tennessee; are only separated by the few feet width of State Street and are commonly viewed as one metro area of about 50,000. Bristol is home to the “world’s fastest half mile” at the legendary Bristol Motor Speedway, one of NASCAR’s earliest and most important race venues.

Bristol is a good location for anyone coming to the meeting from out of the area and wanting to visit important sites associated with our family history. The Tipton-Haynes Historic Site, home of Colonel John Tipton, in Johnson City, Tennessee is about thirty miles away. Blountville, Tennessee; first Tennessee home of John Tipton, Jr. is twelve miles distant. Bristol is 118 miles east of Knoxville and 143 miles west of Roanoke, Virginia.

Tipton Grange, also referred to as Tipton Estate, is the home of Mr. Arthur Brooke located near the fictional city of Middlemarch in George Eliot’s classic novel from the English Victorian era.

Mr. Brooke is the uncle of the novel’s heroine, Dorothea Brooke, also a resident of fictional Tipton Grange. The book is set in 1819.

George Eliot was the pen name of Mary Anne Evans (1819-1880); she chose a man’s name as her pen name wanting her work to be taken seriously and not lumped with the romantic books commonly written by women in her day. Her novel MiddleMarch succeeded in being taken seriously and has been referred to as the greatest novel in the English language by some critics. She wrote Middlemarch in 1871/72; another of her famous works is Silas Marner.

While fictional Middlemarch and Tipton Grange are set by Evans in the Midlands of England, the town of Tipton in the English Midlands is not fictional. Ancestral home of the Tipton family and the Anglo-Saxon Tibba tribe, Tipton was founded in the Anglo-Saxon era of English history and was an important industrial town during the lifetime of the author. Mary Anne Evans was born in Warwickshire which borders Staffordshire where Tipton is located so she would have been familiar with the town of Tipton. Certainly, it is fun for We Tipton to be involved!

In 1994, the BBC produced Middlemarch in serial for television. If you are looking for a great book to read or good show to watch, Middlemarch is worthwhile. 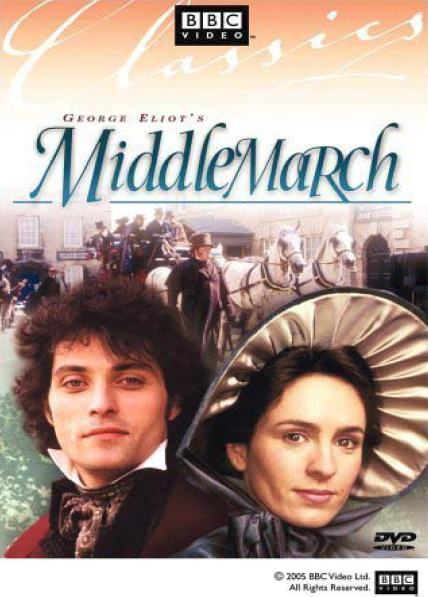 Tipton, Pennsylvania is located in the Allegheny Mountains of central Pennsylvania. According to local historian Sylvia Emerson, Tipton was named for the Tipton family who originally settled the area. Tipton is an unincorporated village of something over 1,000 people.

It is located in Blair County about 26 miles from State College and 90 miles northeast of Pittsburgh. Tipton lies along the main line of the Pennsylvania Railroad.

In 1923, Tipton was home to the Altoona-Tipton Speedway where a record top speed of 138.6 was set by a race car. The speedway had a wooden race track. Unfortunately, the Tipton Speedway was a casualty of the Great Depression and closed in 1929. Today, Tipton is home to Del Grasso’s Amusement Park in operation since 1919. The park has one of only seventy early 20th century carousels still in operation in the United States. It is a marvelous antique with and
carved figures and embellished wood décor.

By the way, if you visit Tipton, Pennsylvania and then decide to go visit Gettysburg about one hundred miles away, be sure and eat at Tipton’s Grill, 135 Baltimore Street. 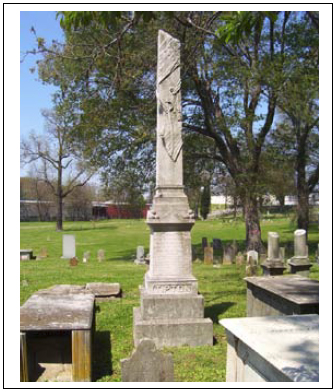 At right is the gravestone monument for John Tipton, Jr. in the Nashville City Cemetery. The monument was erected by the Tennessee General Assembly in honor of Tipton who was a distinguished legislator in the state for many years. His funeral was the largest funeral held in Nashville to that time.

Tipton died 8 October 1831 after serving seven terms in the Tennessee General Assembly in both the House and the Senate. He was a past Speaker of the House of Representatives.

Tipton’s funeral was reported in the National Banner & Nashville Whig on 12 October 1831.

When Europeans colonized North America, hostilities occurred almost immediately with the American Indians which continued until the last of the Indian Wars in the 1880’s.

In early 17th century America, colonial governments and plantation owners employed men to “range” the boundaries of their territories looking for signs of Indians in the neighborhood and the possibility of hostile action by Indians. Because the word “range” described these soldiers’ activities, they became known as Rangers. This arrangement was continued by the national government, states, counties and towns on the various frontiers of America as long as hostile clashes with Indian peoples were still occurring.

The Rangers were men noted for their backwoods skill, ruggedness and intrepidness. They generally were men who used a rifle instead of a musket for their firearm and were crack shots. The character of the men and their rifles led to Army units being called “Rangers”.

When Jacob Tipton, Surveyor General in West Tennessee, was organizing the first county in West Tennessee in 1820, one of the appointments by the county government was a ranger for the new Shelby County. This area, bordered on the west by the Mississippi, was one of the newest frontiers in America at the time. Memphis became the county seat.

When future Senator John Tipton of Indiana was a young man, he was a major in the Indiana Rangers during the early 1800’s. He led a unit of rangers that established their fighting reputation against a band of Kickapoo Indians in April, 1813 at the Battle of Tipton’s Island.

When William Tipton was a Texas Ranger in 1836, his company was assigned to scout and range between the Trinity and Neches Rivers in East Texas. This country was populated with Indian villages presenting the possibility of trouble.

Today, Rangers are memorialized by schools, colleges, sports teams and towns nationwide. But, perhaps, we have forgotten the earliest Rangers to contribute to the nation.

Many, many thanks to the Tiptons, Tipton descendants and interested parties who contribute a membership donation to the Tipton Family Association of America. The TFAA annual budget is not large but is essential to the compilation and delivery of our newsletters, making access to our association and information available through our website, holding our family meetings and promoting knowledge and appreciation of the contributions of the Tipton family to America. It is and has been a great one!

It has been suggested by members who have done so that other members consider a bequest to the TFAA in their will. Donations of this nature could provide the TFAA with the means to move forward on several projects to honor the Tipton family around the nation. The following projects have been adopted by the TFAA when funding can be achieved: