Ya’ll Come, Ya’ll Come
Ya’ll Come To Meet Us When You Can! 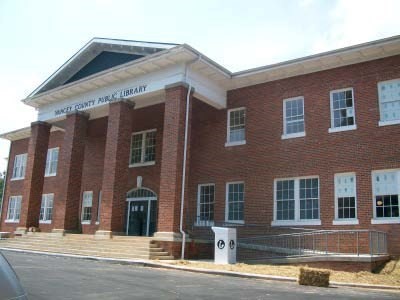 The following is the Agenda for the 2013 TFAA Meeting

The Meeting is open to all persons interested in the Tipton Family, its history and the American history of our ancestors’ times.

Pre-registration is not necessary and the event is free and open to all Events take place at the Yancey County Library in Burnsville, North Carolina located at 321 School Circle; telephone number (828) 682-2600

• 9am: Registration in the Second Floor Meeting Room

• 9:30: Gather for coffee and conversation in the Meeting Room

• 10am: President’s Message & Treasury Report
— Nominations and election of the President for 2013/2014
— Website Update
— Projects Update; Fund has been established to honor William Tipton in Savannah
— Discussion of location for 2014 Meeting

— + facts and history about Lost Cove, a community situated along the Tennessee/North Carolina border where many Tiptons lived

• Noon Approximate: Break for Lunch. TFAA participants will gather at the Western Sizzler
Restaurant located at 606 US Hiway 19E in Burnsville. Western Sizzler has a buffet or you can
order from the menu. Lunch is Dutch treat.

•  Reconvene in the Second Floor Meeting Room of the Library

•  1:30pm Participants will be asked to introduce themselves, their ancestor’s line and any particular interests or questions they have. Introductions must be limited to 2 minutes or so.

•  2:30pm: Elaine Dellinger and Grant Ward will meet with our participants to answer questions about the Tiptons of Yancey County and Western North Carolina.

•  3:30pm Time for attendees to meet with each other and share information and research they have regarding their Tipton family and genealogy. The introductions earlier in the day are meant to allow participants to identify other attendees with whom they would like to visit.

•  4:30pm Film: Sycamore Shoals: Story of The American Spirit
15 minute documentary about The OverMountain Men who defeated the British in the Revolutionary War. Major Jonathan Tipton, founder of Tipton Hill, North Carolina was among these American Patriots.

Elaine McAlister Dellinger is a local historian and native of Yancey County. She and her husband Charles live in the Cane River community west of Burnsville where they attend the Mt. Pleasant Baptist Church. Elaine retired after a 28 year career in public health with the Toe River Health District. In 2011, she graduated from the AVS Archaeology Program in Virginia. Her interests aside from history and genealogy are writing, gardening, painting and sewing.

Elaine has authored and/or co-authored a number of books including the two volume set Cemeteries of Yancey County. She has served fourteen years as a member of the Board of Directors of the Yancey County Historical Society, is a member of UDC Chapter # 1364 and the Greenlee Chapter of NSDAR plus the North Carolina and Virginia Archaeological Societies.

Grant B. Ward is the expert on the Community of Lost Cove, North Carolina. He is a local historian who has dedicated more than fifty years researching the lives of hundreds of family lines. His research covers families in North Carolina primarily in the counties of Yancey, Buncombe, Madison, Mitchell, Burke and McDowell and also in East Tennessee. In the late 1950’s when the residents of Lost Cove moved out, he served as caretaker of Lost Cove until the late 1970’s. Grant is an avid wildflower gardener.

According to the messages I have received, we can expect 2013 TFAA participants from
the states of Washington, Florida, Idaho, Utah, Texas, Missouri, Alabama, Virginia,
Georgia, Tennessee, Louisiana, North Carolina and South Carolina.

TFAA Service to the Tipton Family

If you ever wonder whether the newsletter serves a purpose besides the history and Tipton tidbits, you can rest assured it does!

One on one inquiry that put relatives together and let Tiptons and Tipton descendants learn about others in their geographic area. 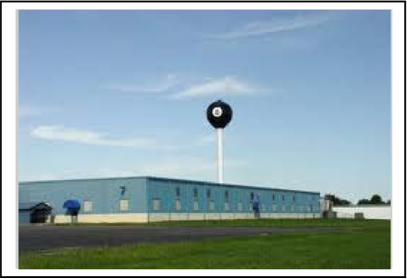 Tipton is a city in central Missouri which is the home of the world’s largest 8 Ball.  The town’s water tower, seen above, was fashioned as an 8 Ball to commemorate a local business, Fischer Manufacturing Co. which was the United States’ largest manufacturer of pool tables.

While Fischer is no longer making pool tables in Tipton, the town’s 3,262 residents have not wanted to part with their 8 Ball.

Tipton, Missouri was founded 16 September 1858 by William Tipton Seely.  When founded, Tipton was the western terminus of the railroad and the eastern terminus of the Butterfield Overland Mail Stagecoach Company.  The Butterfield stage left Tipton travelling west to San Francisco.  There was also a stage coach to Fort Smith, Arkansas.  With railroads and stage couch routes, Tipton was an early, important transportation hub as the United States settled The West.

William Tipton Seely was born in England leaving Nottingham to emigrate to the United States as a young man.  He was a veteran of the War of 1812; following the war, he received land grants in Missouri for his service.  Acting as an agent for the railroad, he laid Tipton out in the vicinity of his land.  William never married but remained in Tipton for the rest of his life.

No statement is made about his middle name.  The Tipton connection in his life must have been of significance to him since he never dropped his middle name and named the town honoring his Tipton middle name.

William Tipton Seely’s Nottingham home is in the English Midlands as is the town of Tipton which is the area of our Anglo-Saxon ancestral Tibba tribe.  The word Tibba and the designation Ton became our family name Tipton.  Both the area of Nottingham and the area of Tipton were in the Kingdom of Mercia during the Anglo-Saxon period in English history.

Without fact to base the ideas on, it is still interesting and fun to speculate this possible connection between William Tipton Seely and our Tipton family.

Today, Tipton, Missouri is known as “A Small Town With A Big Heart” in the Heartland of the United States.

Tipton is part of the Jefferson City Metropolitan Statistical Area.